Sun Tzu once said that he who is prudent and lies in wait for an enemy who is not, will be victorious. To be honest, in a way that is exactly what camouflage is all about. It is not about colours, shapes or ninja stuff. It is about knowledge, patience and manipulations of anything anywhere.

All to achieve one goal – and that is to become the environment. In this article I am going to give you a small bitter taste of the art of camouflage.

When I was in the Israeli Airborne SF I served with one of the SR groups. My secondary speciality in my team was what we call in the IDF a ‘builder’. Basically someone who is capable to conceal anything, from one man to an entire team or vehicles in any environment. 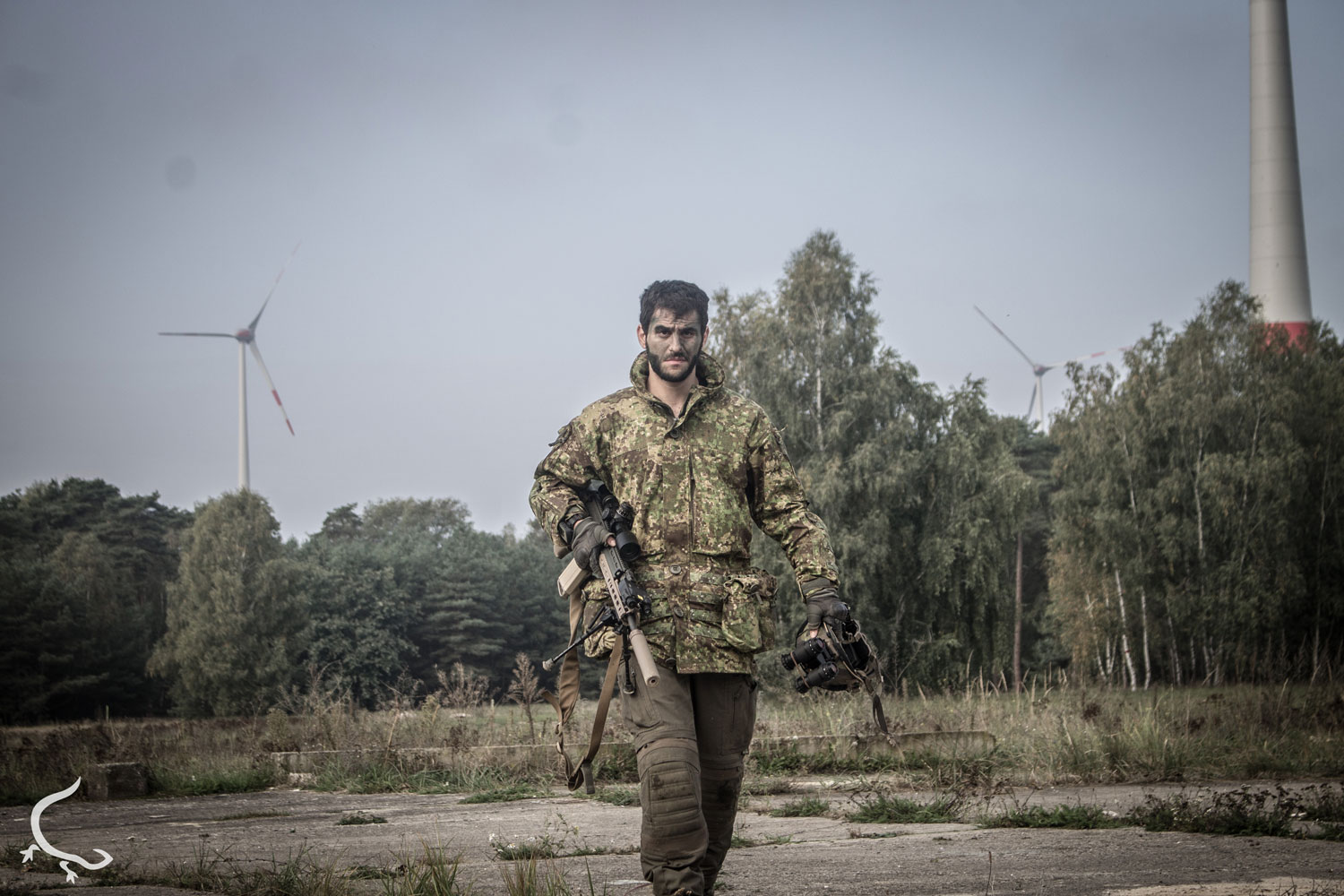 Back in the days, when I used to assist as an instructor for the next generation of builders, one of the first questions I asked the young soldiers in every introduction lesson was: ‘’What means the word camouflage to you?”

The majority of the answers split into two. Hiding or disappearing.

While both might sound correct, those two words describe in silent a long living misconception that one experiences when he gets involved with task oriented concealment work.

Long story short, in the majority of the time (except for evasion or SR work) camouflage is the early phase of observation.

The purpose of it is not only to hide or make you disappear, but to make you part of the environment, allowing you to safely observe, document or perhaps respond.

It gets to ridiculous levels of being able to live off natures hand for 72 Hours (or more), being 100 – 200 meters away from the objective, while being able to observe 180° of the point of interest.

Let's say camouflage is the art of manipulation, the control of reality.

The elements of camouflage (by action) are split into three. Those are main principles that are found in any construction or attempt to conceal one's appearance due to whatever reason.

Disguising is for example basically my attempt to add vegetation to a Ghillie suit or collecting branches to conceal my hide side.

Knowledge is power. One of the keys for perfect camouflage in the tactical level is the ability to understand, what kind of X or Y signatures my presence create that will lead to my exposure.

TI (target indicators) are about understanding what signatures my enemy or me create in a specific environment. Those target indicators normally may suggest presence, location and distance in some cases.

The way we look into, there are two dimensions that may receive and indicate my presence. The first and oldest are our human senses, while the other is technology itself.

While smelling, hearing and touching are obvious senses, those senses are normally coming into play in short distance.

Let's focus on the visual sense in this case.

The visual sense is by far the most reliable sense for humans.

We use it up to 80% of the time to collect information and orient ourselves.

So what kind of visual signatures could I leave that may lead to my exposure? In short:

Oh, boy this is where the real challenge begins. I’m actually going to risk it and say that ghillie suits are becoming less and less relevant today.

Before we will dive into all that Einstein stuff, those are the main wavelength used by different devices to find your ass:

It is nearly impossible to eliminate your signature against devices who work within the wave length. The only solution is to understand what the human being sees through the optic, and manipulate the final result. 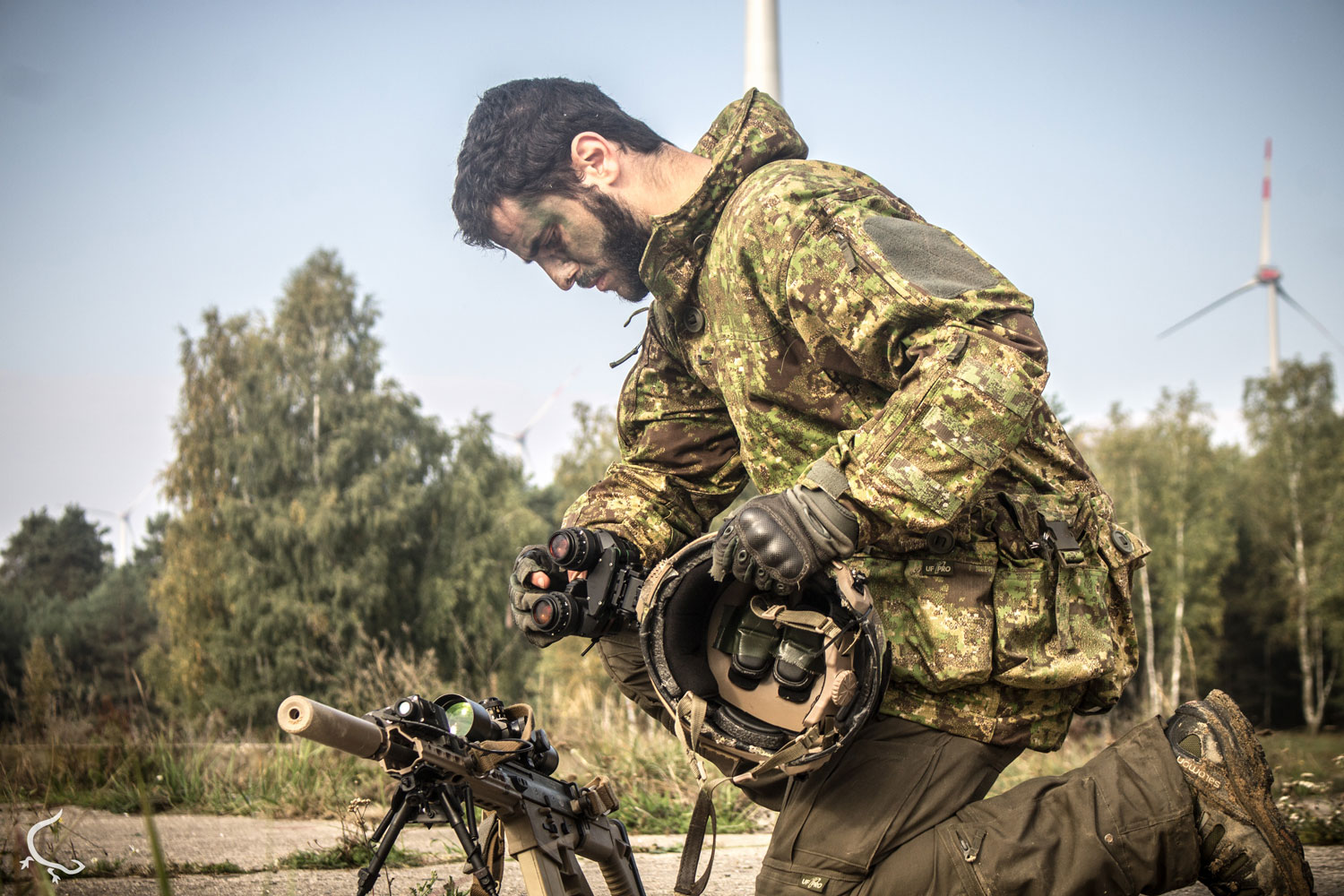 Buckle up and get aspirin – it's becoming science stuff.

The human and its environment emit different signatures that could be picked up by different technological devices that are using different light waves.

The color of an object that we see is the color of light reflected. All other colors are absorbed. Light bulbs are another source of visible light waves, for example.

However, since visible light is part of the electromagnetic spectrum that our eyes can see, our whole world is oriented around it.

With the advancement of technology, humanity slowly cracked and understood the existence of other light waves.

We began to see those dimensions through different devices.

Since the visual camouflage became a pain in the ass throughout wars and conflicts, different militaries have begun to look or research the possibilities of using those wavelengths into detecting the signature of specific objects in specific environments by comparing its reflectance values, shape, etc.

Camouflage is not about hiding and it's definitely not only about wearing a ghillie suit or digging 1 km deep fox hole.

It’s about a loop process that starts with understanding and continues with manipulations.

I will risk it and say that currently ghillie suits are becoming less and less relevant to the modern battle space due to the advancement of technology.

New predators such as SWIR or advance thermal cameras are hard to beat unless you know the device, the interface, and the human who use it.

As Albert Einstein once said, technology has exceeded our humanity. 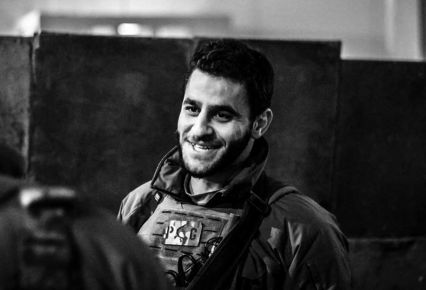 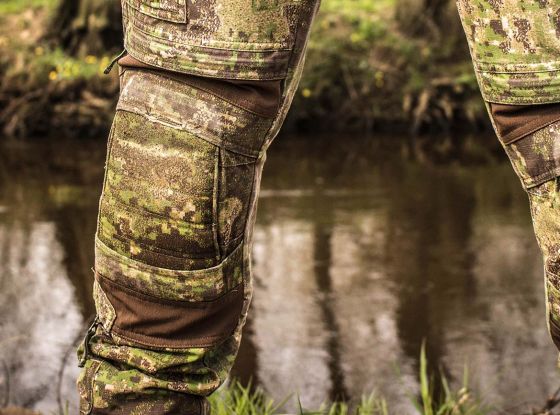 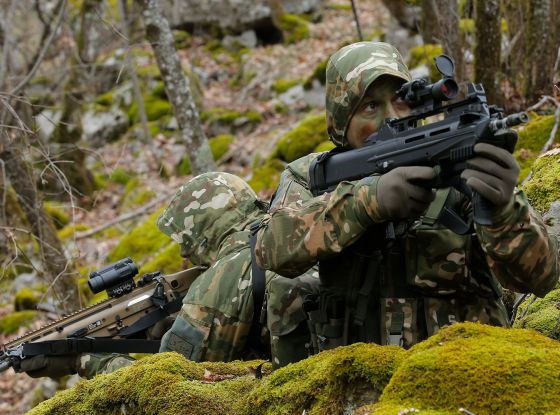 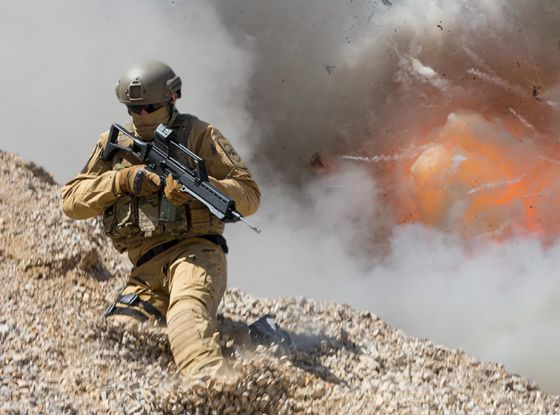 NO MELT, NO DRIP – A REALITY CHECK