Multicam, Scorpion W2 and OCP are used so interchangeably that you can get easily confused and lost in the topic if you are not familiar with it. In this blog post we expand on the differences, the development and answer the most common questions about this topic.

We have already talked about the effectiveness of MultiCam and touched the extremely competitive nature of selecting the next Operational Camouflage Pattern for the U.S. Army.

However, we intentionally avoided mentioning Scorpion W2 which was for the purpose of that post suitable to be left out, as the topic tends to get confusing to someone who has not dug deeper into the topic or operators that are not familiar with each.

When comparing them side by side you immediately notice the darker shades of Scorpion W2 and to the keen eye another key difference pops out immediately; MultiCam has clear vertical elements that are not present in Scorpion W2. 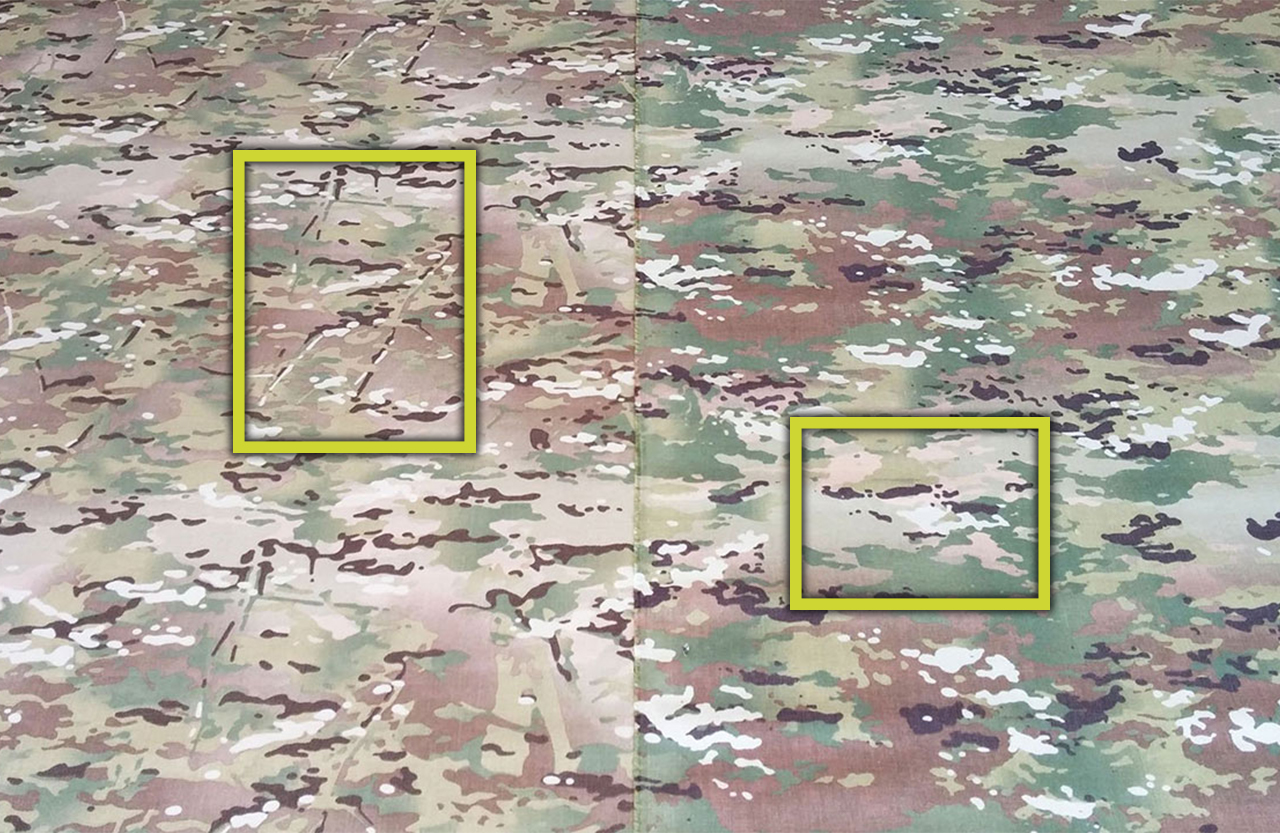 MultiCam vs OCP show above.

In the side-by-side comparison above you can see the highlighted vertical elements on the MultiCam pattern (left) and none present on the Scorpion W2 (right).

Even if you are not a camouflage expert you can clearly see the difference if you compare the two patterns, but when seeing just the Scorpion W2 standalone you could easily mistake it for MultiCam or vice versa.

Seeing similarities is not just some elaborate play of the eyes, but instead stems from the fact that the patterns both have the same predecessor - Scorpion.

The timeline of development

The Objective Force Warrior program brought a revelation of the US Army which concluded that Universal Camouflage Pattern did not adequately meet the concealment needs of camouflage uniforms for soldiers deploying to Afghanistan.

In early 2002, Crye Precision pushed forward in the race for the next generation of OCP and combat uniforms but faced initial setbacks from the US improvement program. In these initial phases, Crye developed and presented the original Scorpion pattern.

Through Phase I - III of the search for the new camouflage pattern to be used in Afghanistan and other Middle East regions.

The first pattern choice was the MultiCam pattern, but complications rose allegedly because of the “printing fees” from the side of Crye Precision, which was obtained prior to the 2014 NDA act. However, the original Scorpion pattern was already owned in 2002 and under a government contract.

The original Scorpion pattern was modified by the United States Army Natick Soldier Research in 2009 and named the Scorpion W2 pattern.

If it’s not clear what that actually means:

Combined with the effectiveness of the now tested MultiCam (Operation Enduring Freedom Camouflage Pattern or OEF-CP), the Army announced Scorpion W2 was selected as the operational camouflage pattern - OCP in 2015.

Initializing of Phase IV began shortly after Phase III. It set out to push towards a worldwide solution, but because of the much more extensive testing needed for that to be achieved the program would require much more time.

This version was also the fifth finalist submission to Phase IV but was later withdrawn from the race due to other patterns outperforming it.

The last phase had twenty-two entrants. The Army eliminated unwanted patterns down to four finalists and the Scorpion W2 was not among them. 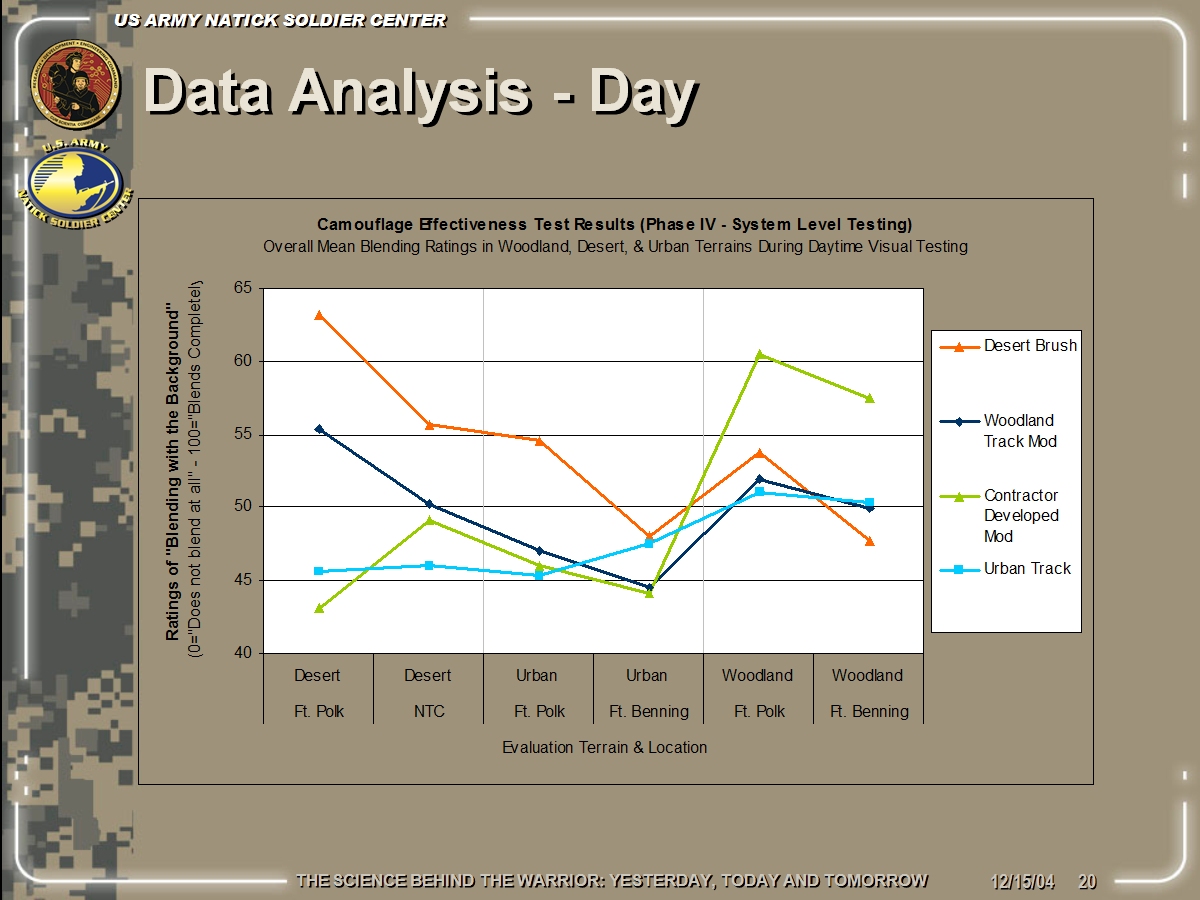 Effectiveness of the Contractor Developed Mod - MultiCam in Phase IV.

Contractors had to present a flat one time royalty fee for each of the presented camouflages. Because there was no way of knowing what the others were going to evaluate as the price varied drastically; $87,638.00 from Brookwood to over $6.4 million from Kryptek.

The reasoning behind royalty fees and owning the camouflage patterns was the 2014 National Defense Authorisation Act that prevented any branch of LE/Military from adopting a new pattern not already in the inventory of the USA.

Alternatively, they could switch if all of the branches opted-in to the same camouflage, but that was not plausible as others were already using different BDU’s, for example, the US Marine Corps is using the MARPAT from 2002-present with no clear indications of switching.

The differences between MultiCam and Scorpion W2

As briefly mentioned in the opening paragraph, there are clear differences between the two. While the colored image is a good indicator that the two are different it’s difficult to see the underlying baseline similarities.

For that purpose, the greyscale view provides better insight.

Note the patterns below are scaled to the point that the pattern repeats itself, meaning the two images below are at slightly different scales.

We hope this post clarifies the confusing nomenclature and the intertwined development of the later versions developed from the Scorpion pattern.

HOW EFFECTIVE IS MULTICAM IN DIFFERENT ENVIRONMENTS?