CORDURA is nylon-based fabric ideal for military and law enforcement clothing and gear. Sixteen separate products make up the CORDURA range, which extends from a featherweight material to one heavy enough for use in body armour. Among CORDURA’s most deterministic features is its high “durability per weight” index. CORDURA is typically added to garments at positions most likely to be subjected to intense wear-and-tear, such as knees, instep, belt loops, and pockets. CORDURA has three main competitors: schoeller-keprotec, carbon fibre textiles, and ceramic dots. Thanks to ongoing innovation, CORDURA is likely to continue as a leading favorite of producers of military and LE apparel and gear.

CORDURA is among the most widely used fabrics. It is well-recognized in the tactical community for its durability and long-lasting characteristics (which make it ideal for applications in various types of military and law enforcement clothing, gear, and equipment).

The fabric was introduced in 1929 by E.I. du Pont de Nemours and Company (DuPont). The initial iteration of CORDURA was quite different from today’s. Modern CORDURA is constructed with nylon, while the original version was made from rayon.

During World War II, the most notable use of CORDURA was in tires owing to its exceptional abrasion resistance and durability characteristics.

When commercial use of CORDURA began, it was considered a major milestone for the fabric. The doors opened to consumer applications following development of techniques permitting dyeing of the material.

CORDURA’s commercial evolution made it increasingly accessible for further use in military applications. Eventually, CORDURA NyCo emerged as the overall face fabric employed in U.S. military apparel and gear.

What is CORDURA fabric?

CORDURA is a durable, highly abrasion-, tear-, and scuff-resistant fabric used in clothing, footwear, and other equipment.

What type of fabric is Cordura?

CORDURA is a workwear fabric used in military and law enforcement gear, workwear, motorcycle equipment, leisurewear, and many other applications.

When was CORDURA developed?

CORDURA was first copyrighted in 1929. World War II gave development of the fabric a big boost.

What is CORDURA fabric made from?

After World War II, DuPont began making CORDURA from a nylon base material. Indeed, the CORDURA brand in general is most commonly associated with this base material, which is a 100-percent high-tenacity nylon 6,6 filament fibre.

No. Although not fire-resistant, CORDUA is No-Melt/No-Drip, which means it won’t turn gooey and cause additional damage as it burns. CORDURA in fact burns less aggressively than other polyamides. Get more intel on No-Melt/No-Drip materials here.

No. However, waterproofing is possible by laminating a membrane atop it. As well, synthetic CORDURA—which does not retain water as does natural cotton—can be chemically treated to endow it with water-repellency and other beneficial properties. 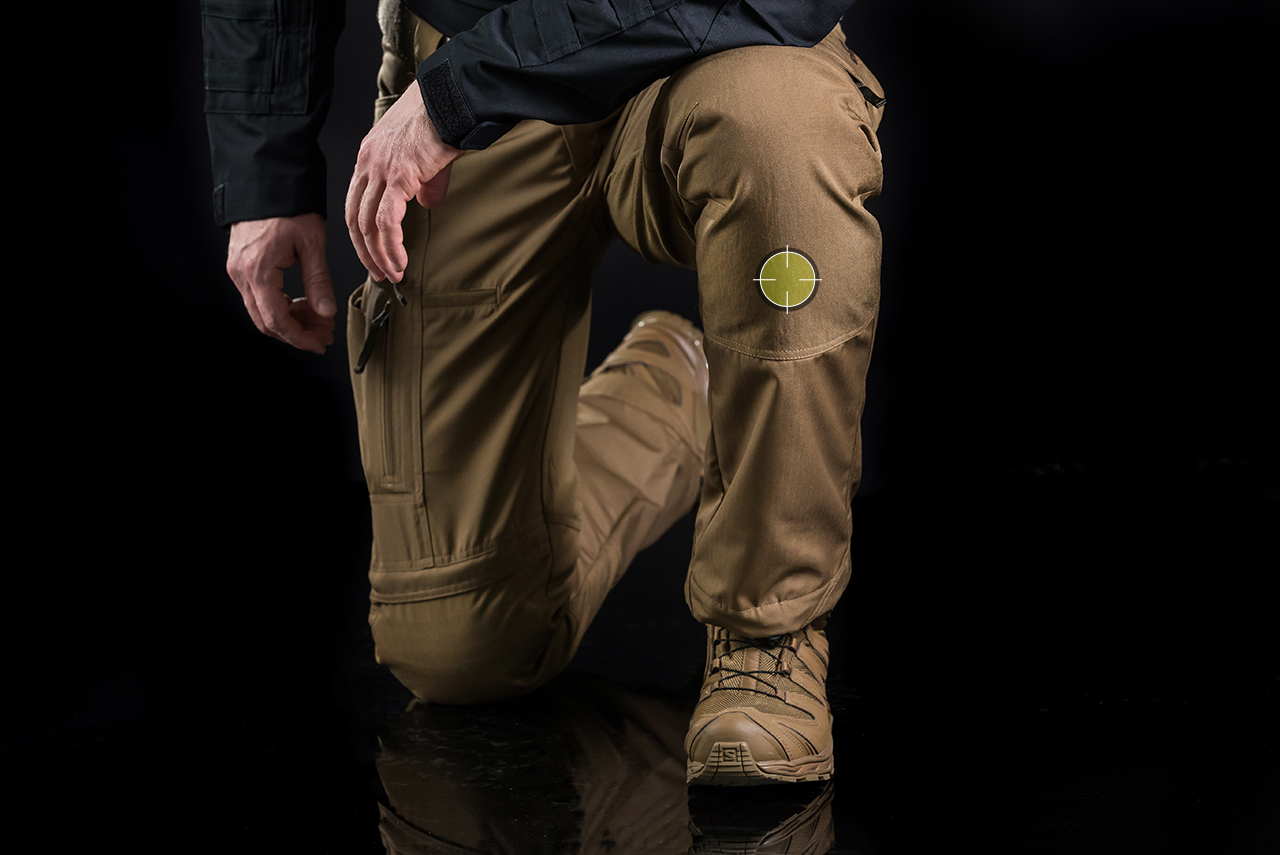 Among CORDURA’s most deterministic features is its high “durability per weight” index, which makes use of the fabric an extremely appealing proposition to military and LE branches.

The matter of fabric weight brings us directly to the subject of denier. Before we further explore CORDURA, it’s probably a good idea to explain denier (pronounced “deh-near”, not “dee-nigh-er”).

Denier is a unit of textile measure . It represents a mass of fibres, 9,000 meters worth of them to be exact. Therefore, 1 denier = 1g/9000m. That’s the loose equivalent of a single strand of silk; so, when you see a label that says “500D CORDURA”, that means the fabric’s base fibre is 500 times heavier than silk.

In the image above you can see the density of the fiber increasing from left (less dense) to right (more dense). Image source: F29

In practical terms, the higher the denier, the better the fabric will perform—especially since weight directly corresponds to abrasion resistance characteristics.

Well then, if we’re trying to make tactical gear perform better, we do what—just slap on the highest denier material and call it a day?

Not quite. When making highly functional clothing (i.e., that used by military and LE operators), you always must take into account the weight/function index in order to balance highest performance with lowest weight so the wearer can experience maximum movability in the course of performing even the most physically demanding tasks.

However, factors other than weight are responsible for comfort. You can read more about those factors here.

Another downside to using materials with a very high denier is loss of “textile properties.” The greater the denier rating, the less comfortable the material is to the wearer if the fabric comes into direct contact with skin—especially if the garment will be worn for a continuously long time.

Now, when it comes to backpacks, you can easily use 1000 denier CORDURA because all you want is durability; comfort isn’t really an issue.

Here at UF PRO, we use 500D CORDURA because we’ve found that it is the optimal combination of weight and abrasion resistance.

Determining Where to Position CORDURA

The task of choosing the optimal location or locations for incorporating CORDURA within a garment or piece of gear is fairly straightforward. AT UF PRO, we use CORDURA in sections where we expect the finished product to encounter the most wear-and-tear. Knees, instep, belt loops, and pockets are typical of the places where durability is most needed.

The exact positioning of CORDURA and the quantity used varies by product, but in all cases we look to place the fabric in crucial areas vulnerable to breakage. For example, the knees of our “tactical” P-40 pants are designed in such a way that they don’t present as LE or military gear, which means we can take a different approach with how much CORURA we use and precisely where. 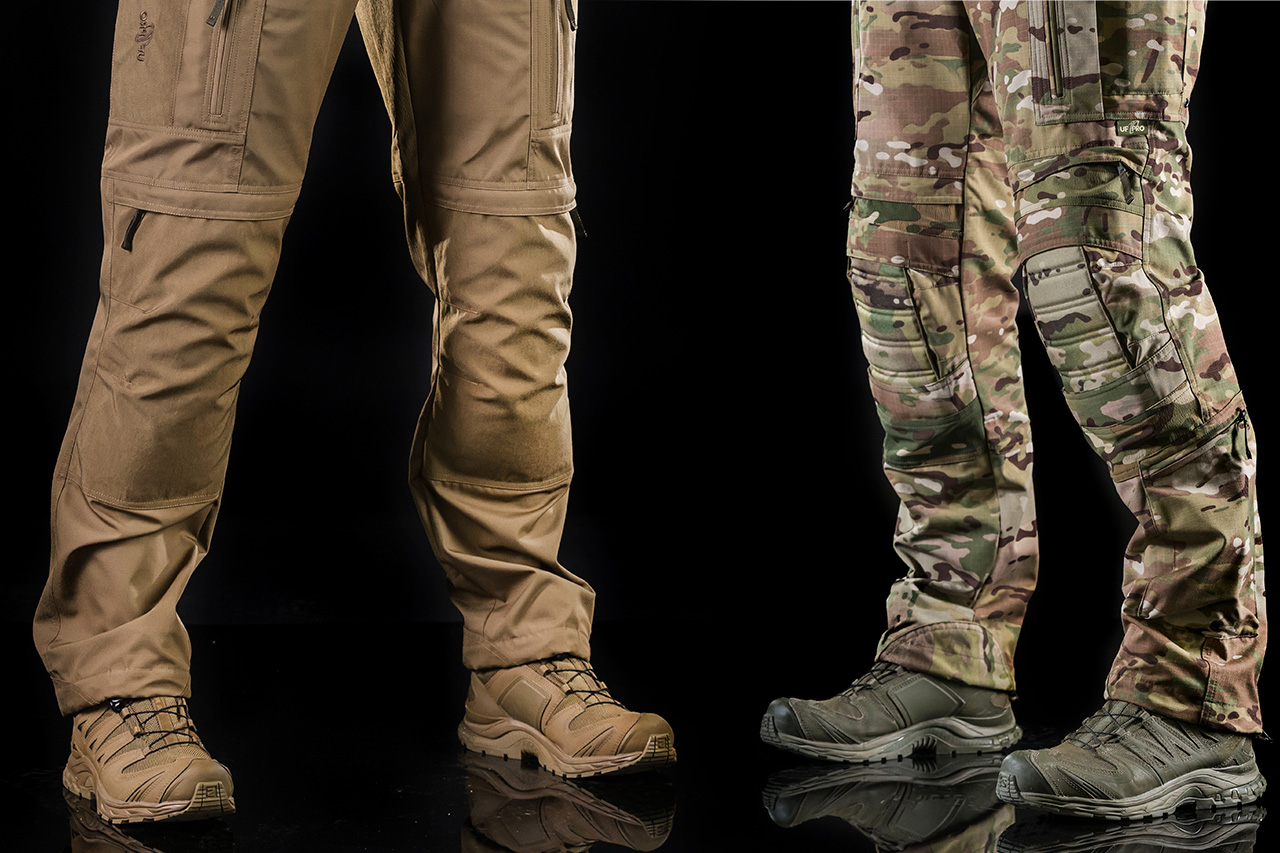 Compare that to our Striker X Combat Pants. The area of CORDURA coverage on both the XT and HT versions are similar, even though their overall design is different. With Striker X, our big concern is preventing snags caused by encounters with tree branches, wire fencing, and other pointy protruding objects that wearers might brush up against.

Mainly, though, our aim is to minimize the breaking points (the places most likely to be snagged and damaged)—and the reason is that we are determined to never become the subject of the kinds of horror stories operators have repeatedly told us about snag-caused loss of knee pads, and worse, while wearing combat pants made by other companies. 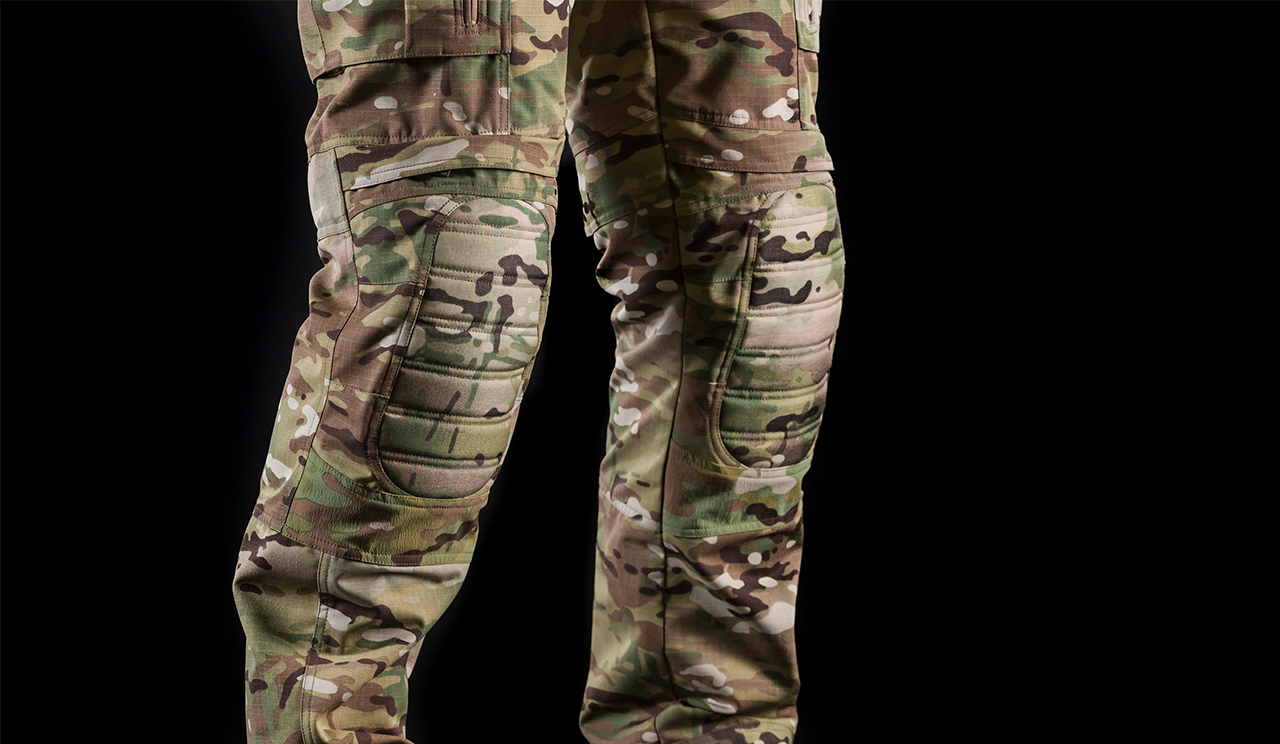 But, overall, it’s easy to understand why we use it and where: it’s incredibly good at preventing or limiting abrasion and tearing.

Notably, CORDURA is not used in any of our Combat Shirts. Here’s why: in a combat shirt, the fabric will come into direct contact with your skin. As mentioned earlier, CORDURA feels abrasive against bare skin. In our jackets, we can skirt this problem by pairing CORDURA with a comfortable underlayer. But that’s not a good solution for a Combat Shirt where we’re trying to eliminate weight.

CORDURA’s Competitors: Are They Viable Alternatives?

CORDURA has three main competitors. Let’s take a look at them, one by one.

This material is the brainchild of schoeller, a manufacturer of stretch fabric that we use in our pants’ seats and knees. 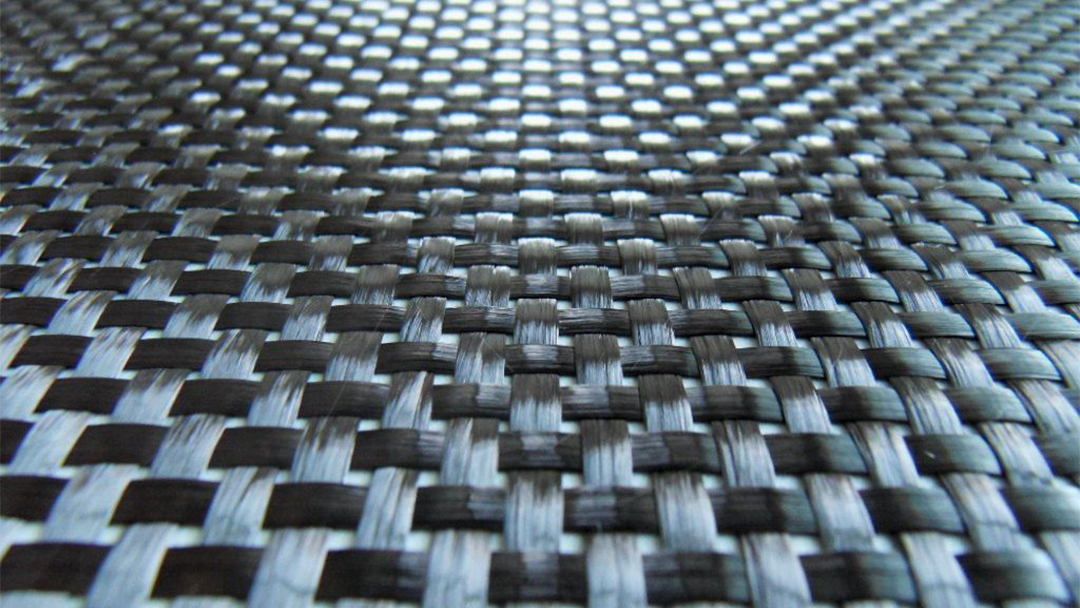 Many are the applications of carbon fibres in modern industries. Carbon fibres are known for extreme high strength and lightness.

This innovative coating technique involves binding fine ceramic particles to the textiles. The bond is very strong and provides protection against excessive wear-and-tear as well as pilling. Comfort and care properties are not influenced by the coating. 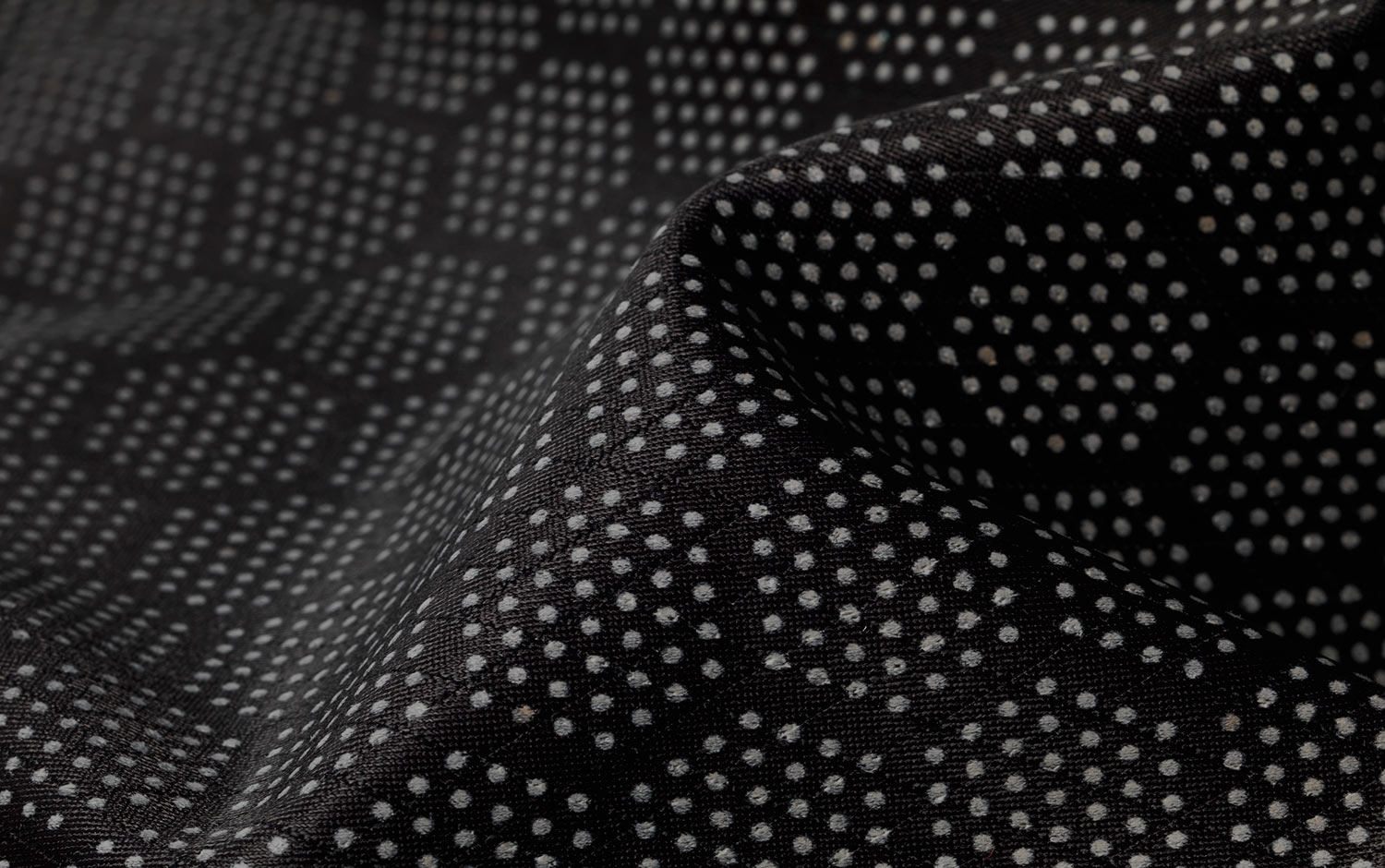 While CORDURA may not be a hands-down winner, it’s definitely the best choice once you plug it into the garment’s economics: the fact is it costs less than the above-mentioned competitor products and delivers results comparable to them while also affording the benefit of being available in every colour and camouflage print we here at UF PRO need.

The outlook for CORDURA certainly seems bright. And with CORDURA HT (high tenacity) soon to become available, this material remains a top choice for military and LE tactical apparel, gearm and equipment.

A lot of cool technology is headed our way, so it’d be easy to overlook an interesting future competitor we think worthy of mention.

You may have heard about it and perhaps even got caught up in the hype surrounding it. It’s called spider’s silk.

Spider silk boasts a tensile strength comparable to that of steel. Yet it’s lighter and can be stretched like a rubber band without losing elasticity. Basically, it’s tougher than Kevlar.

The potential here is huge. 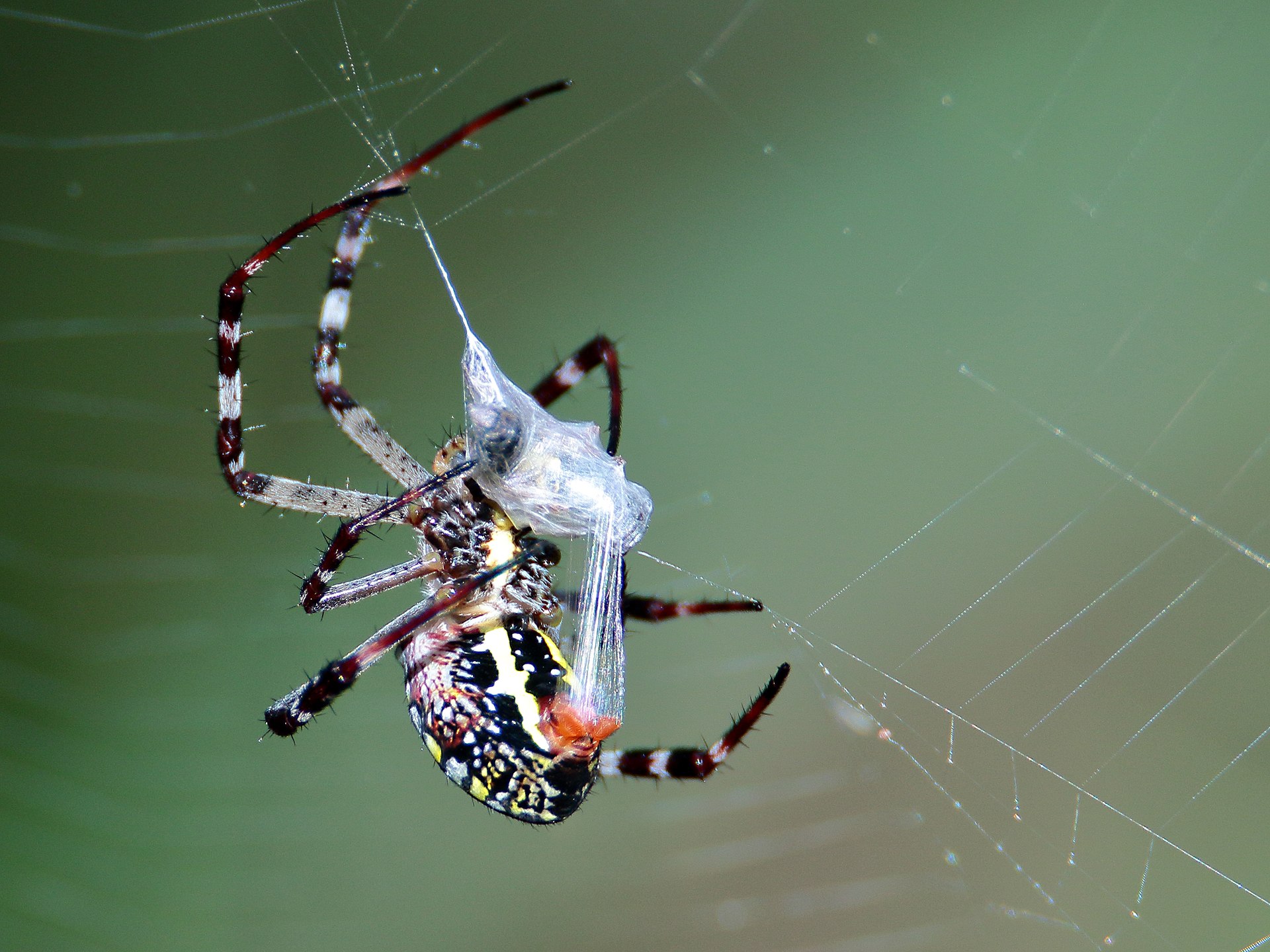 If you think spider’s silk is too good to be true, well, unfortunately, there does seem to be a rather serious issue with it. Turns out that spiders are extremely territorial creatures, which makes it unlikely anyone will be able to successfully establish a working spider farm for producing and harvesting silk in sufficiently massive quantities.

So, the race is on for a synthetic version of spider silk. If scientists are successful in that quest, we could be someday looking at a product that completely changes the tactical space.

WHAT TO LOOK FOR WHEN BUYING TACTICAL PANTS