Tactical gear is evolving. However, a hindrance to evolutionary progress has been the need to balance enhanced functionality against the need to keep the wearer protected. If not weighed intelligently, this balance can be missing and the entire garment put at risk of having weak spots. Accordingly, to continue evolving as they should, every part of a BDU, a combat shirt, or other item of tactical clothing must serve the purpose for which it was designed—but, at the same time, every part must also retain the ability to meet the highest of tactical demands. In this post, we discuss the future evolution of tactical clothing.

To understand the development of tactical clothing (and tactical gear in general), we need to first take a look at the current state of the modern tactical world.

Cutting-edge developments and the transition to cyberwarfare will soon introduce a fifth element to the modern theatre of war, one that serves to unify worldwide standards of where battles take place.

This is not a new idea and in fact has been a talking point for at least a decade, as illustrated by an interesting article published in 2012. As a part of the core military specification of the United States, there are five distinct areas of operation—“theatres of war” or “domains of warfare”. They are:

While that last area on the list—information—has nothing to do with our policy of creating elite tactical garments for professionals (except for possibly the development of a Keyboard Warrior lineup), it’s definitely worth noting because it’s a theatre in which evolution is currently progressing.

Still, four out of the five current U.S.-defined theatres require some form of tactical clothing for operators. The need for such garments becomes all the larger when we include law enforcement operatives. 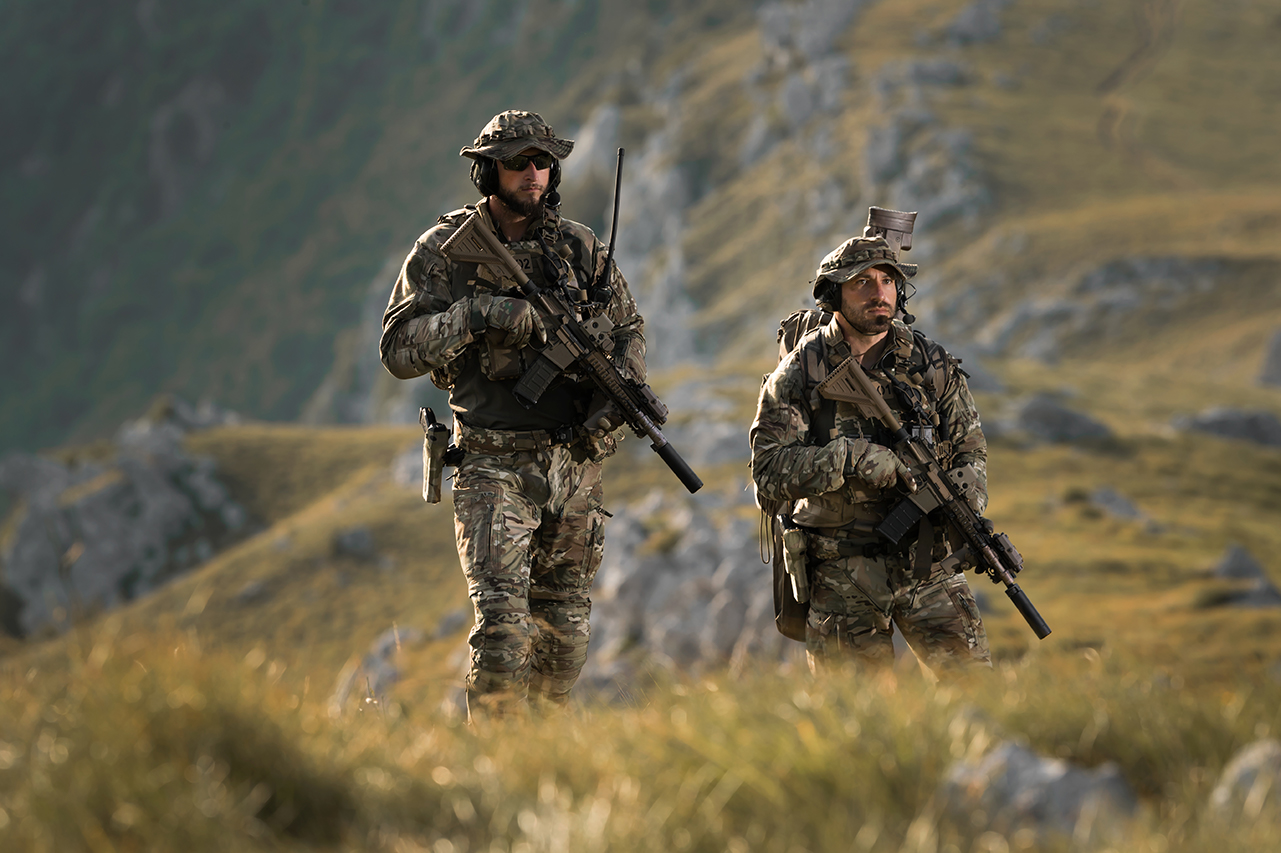 So let’s consider tactical equipment as it affects the four theatres of land, sea, air, and space.

Military and Law Enforcement operatives often find themselves nowadays to switch between theatres. A good illustration of this is an operation that begins at sea and then continues on land. If we break this down even further, you can see that there are within each theatre possible sub-domains—for example, an operation that begins in hot weather and then, within a matter of hours, continues with the mercury dropping to zero or lower.

Multiple sub-domains mean there is today a need for tactical gear more versatile than ever—BDUs, combat shirts, and other items of tactical clothing that can function well and deliver excellent performance in more than one theatre and sub-domain.

What’s in Store for the Future?

An overview of the existing theatres offers us a good picture of tactical gear in its current stages of development. But more than that, we need to also understand the needs of the operators.

In this post, our overview won’t consider common high quality materials like CORDURA, GORE-TEX, and NyCo Ripstop. You probably already know about those anyway. Rather, we’re going to focus on today’s most interesting developments.

As an aside, if you’re interested in materials we already use, you can read about them in these articles: 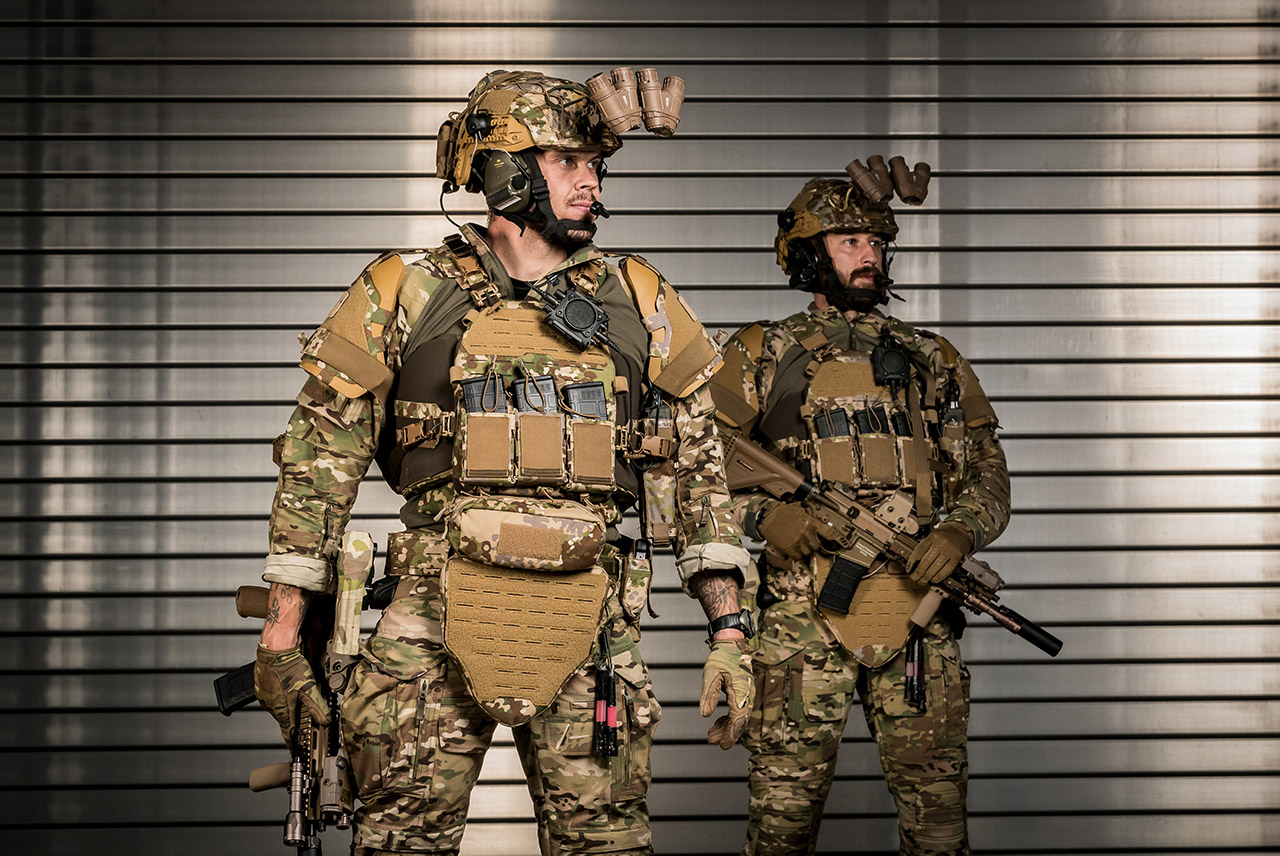 In the evolution of tactical-gear materials, we can clearly see them progressing to becoming lighter in weight while retaining or even exceeding current levels of performance. High-tech fabrics like Schoeller stretch material and G-Loft (which simulates down feathers) allow us to push further the boundaries of garment capabilities.

However, amidst all this there are occurring a number of lesser known pushes toward the next generation of clothing. These are discussed below.

The Rise of Ballistic Clothing

At the end of the Vietnam War in the mid-1970s, the U.S. army began investigating the potential of composite materials for ballistic applications. In particular, the army sought to develop vests using the material Kevlar®.

In 1989, the U.S. armed forces fielded for combat use in Panama its first composite helmet. This headgear was made from a Kevlar® fiber hardened by a thermoset resin matrix. The most recent iteration of it is known as the enhanced combat helmet (ECH) and is made with UHMWPE.

Testing determined that the ECH improved ballistic protection by 35 percent over any and all previous generations of the Kevlar® helmet.

So, as you can see, ballistic gear is nothing new in the tactical space—and is arguably an operator’s most crucial layer of protection. 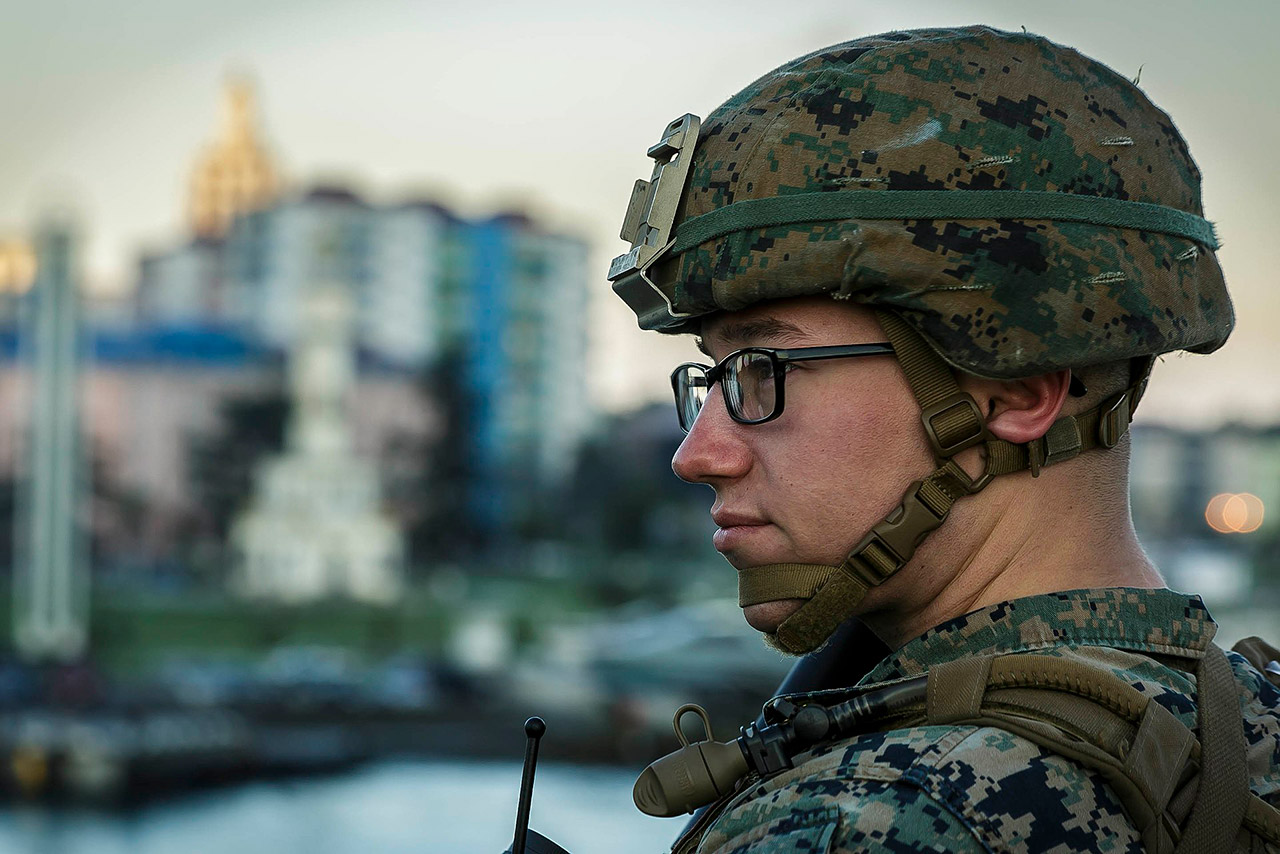 As to the modern evolution of ballistic gear, that started in 2014 when the U.S. began seeking protection for the area of the upper thorax, lower neck, upper arms, and shoulders. The challenge presented here was delivery of this added ballistic protection without sacrificing arm mobility.

That challenge is being met in today’s BDUs. Paired with a Modular Vest System, BDUs now provide considerably improved protection to a soldier’s most vital areas. Can combat shirts be far behind?

Safety is the indisputable priority, but to achieve it may mean increasing the weight of the tactical gear—a solution that presents significant downsides, especially as pertains to the extremities, Any additional weight there causes a buildup of mass farther away from the operator’s center of gravity. This directly impacts the operator’s movability and stability when using heavier equipment.

More weight does not necessarily translate to discomfort, as discussed in this post, although reports of initial testing found that soldiers using a heavier ballistic protection system did indeed experience some discomfort. As well, more weight can, for example, hasten the onset of fatigue as a result of having to carry more overall weight.

This poses an interesting question about the further development of military and police gear, as surface coverage is a key variable in the overall protection level of the system.

Increasing the surface covered is an easy way to maximise protection efficiency (as shown by the Richard-Davis Axiom above). 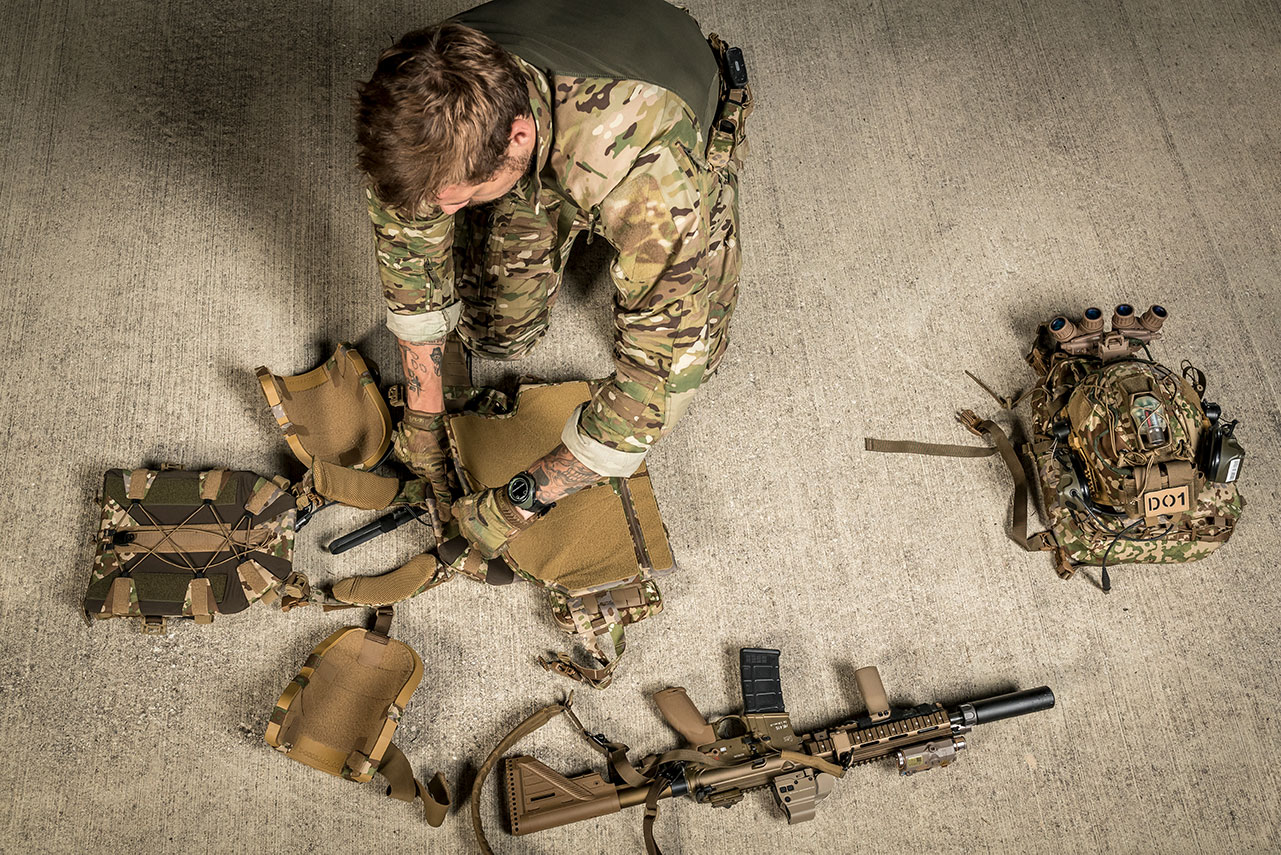 Since weight appears to be a limiting factor, further evolutionary developments are aimed at decreasing the ratio of molecule weight to intermolecular forces.

Thanks to materials like Dyneema® (which has one of the highest strength-to-weight ratios of any material on Earth), the future possibilities for allowing plate carriers solutions that maintain the highest levels of protection without sacrificing user comfort or maneuverability seem bright.

More important is the matter of how well Dyneema® stacks up in a head-to-head comparison with Kevlar®. The tensile strength of Kevlar®  is 3,620 MPa, while the tensile strength of Dyneema® is 3,600 MPa. However, Dyneema® offers a much better strength-to-weight ratio because its density is significantly lighter than that of Kevlar® (0.97 compared to 1.44, respectively). Source: Dyneema®

The outlook looks very positive for light and extremely effective ballistic gear. This bodes well for a possible future where your BDU by itself is enough to protect you from an IED blast while at the same time letting you enjoy extreme mobility—not to mention ergonomic comfort, great moisture wicking and a crisp appearance.

Are ‘Smart Fabrics’ the Next Step?

So-called “smart fabrics” are an exciting topic to discuss when it comes to tactical clothing. They’re called smart fabrics because high-tech sensors are woven into the garments. However, any electronics added to the gear just means you’ve now got another point of failure to worry about, especially if directly tied to operator safety.

Still, setting aside this potential limitation, smart fabrics—also known as intelligent textiles or e-textiles—are interesting in particular because of their ability to sense environmental changes (including those of a thermal, chemical, or mechanical nature) and to then respond in some way to those changes.

So far, there have been three generations of smart textiles. 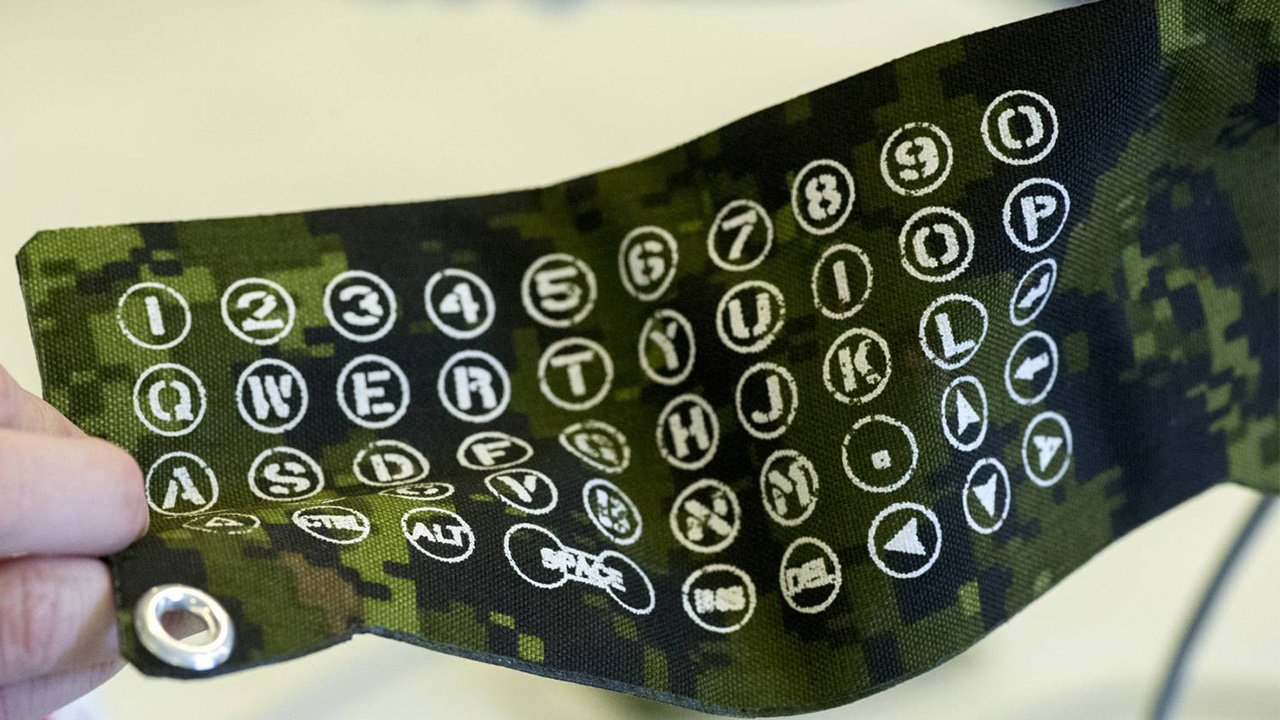 The amount of energy needed to power third-generation smart fabrics is considerable. Unless they figure out a way to weave into the garment a portable nuclear microreactor to generate electricity or a reception apparatus to capture wireless energy transmissions, batteries are the best bet for providing the necessary amounts of power. Unfortunately, batteries can store only limited energy and, besides, they add weight to the garment.

So, the microchips used in smart fabrics today are considerably more efficient and powerful than those that came before. As a result, smart fabrics now can potentially sense and process data including wind speed, humidity, distance, exterior/interior air temperatures, and much more—all at lower rates of energy consumption.

In the tactical field, of keen interest are smart fabrics that monitor the wearer’s heart rate, body temperature, perspiration volume, and more. Such data would, for example, enable us to check on an operators’ stress levels. This would be invaluable because more data means better decision-making.

But the one capacity in which smart fabrics could emerge as a genuine standout is active camouflage. Currently, the active camouflage program with the highest visibility is Russia’s Ratnik-3 combat uniform effort. 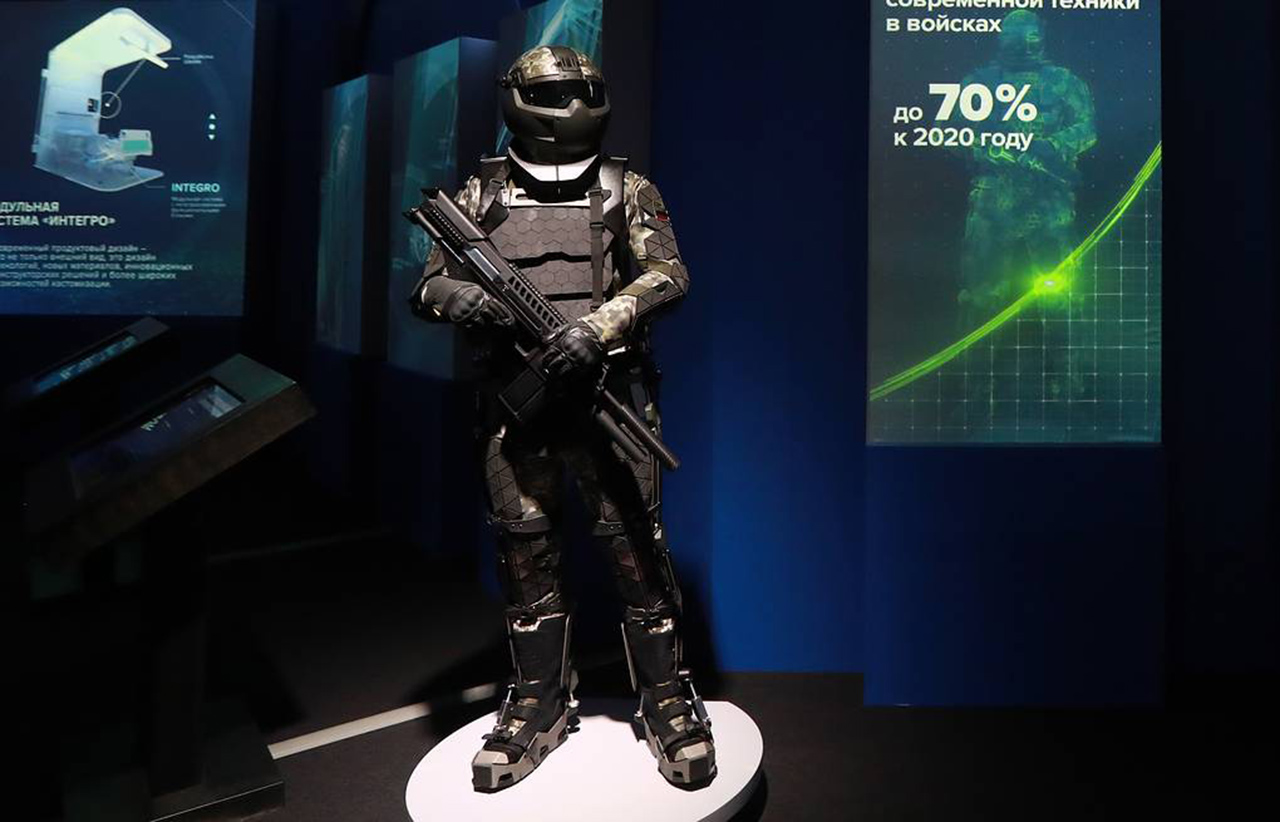 This futuristic system features an exoskeleton and next-generation body armor paired with adaptable active camouflage that conforms to its environment. The active camouflage pattern employs woven optical sensor fabric that detects the changing wavelengths of light emitted by the surroundings as one passes through them. The smart fabrics then alter their colour gradations and patterned shapes in response to allow a wearer on the move to remain undetectable.

The possibilities here are limitless—from materials that adapt their air volume in cold environments to materials that perform active heating and cooling (this, to regulate the wearer’s core body temperature) or are even some form of flame resistant.

The modern world is becoming more and more connected. Not yet completely. But in a few short years, who knows? Perhaps by then the Internet of Things will be everywhere.

It's hard to speculate what the near future will bring where tactical gear including BDUs, combat shirts, and other types of tactical clothing are concerned. However, the current landscape remains a definite point of interest.

This much is certain: the continuing evolution of new materials and new technologies will bring more benefits to operators who attire themselves in evolving types of tactical gear. No doubt, these evolutionary advancements will aid them in their day-to-day activities while affording them greater safety. 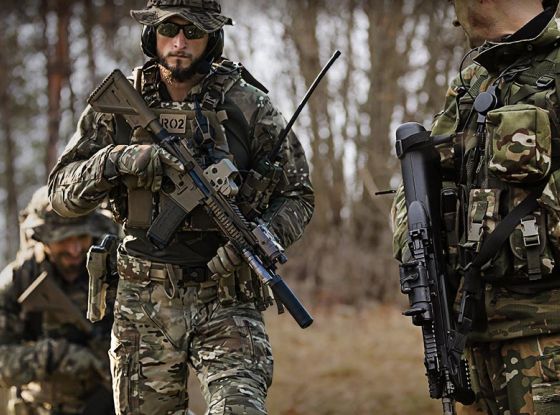 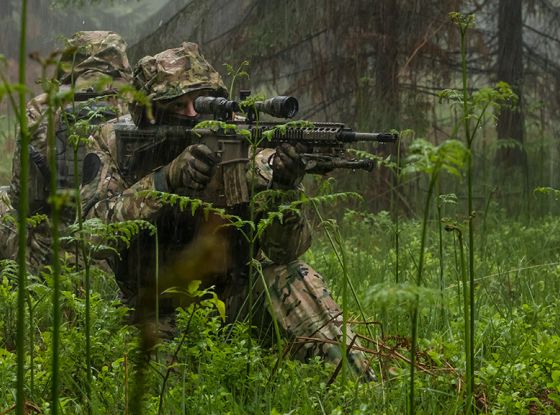 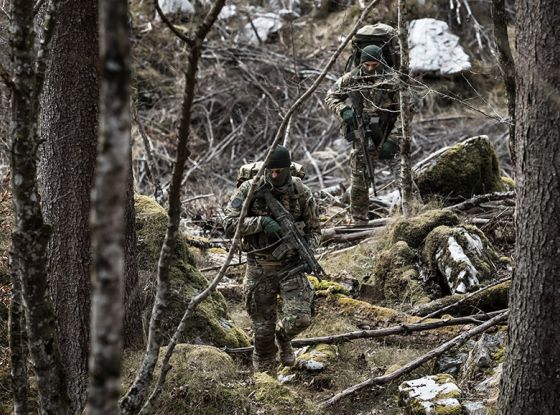