No Melt, No Drip – A Reality Check

This claim has been around for a very long time, and one is constantly being asked, “So is this no melt, no drip?” Generally, a discussion then ensues – and one has the opportunity to explain in more detail, disillusion people and help them gain a deeper understanding of this extremely complex and controversial issue.

So I was highly alarmed when a representative of INVISTA, manufacturer of CORDURA fabrics, strolled through the last IWA and Techtextil exhibition fair, handing out videos and telling everyone about the amazing fire properties of CORDURA cotton mix fabrics (NyCo). It was then that I realized something was very dangerously wrong.

Namely that it fosters the fatal misconception that anything made of polyester will burn, melt and drip – whilst NyCo just gets a little charred. But is this really true?

THE VIDEO THAT SET THE BALL ROLLING.

It all started with a spectacular video. Two dummies are set on fire in the so-called “Thermo-Man Test”. One of them is wearing a polyester/cotton (PolyCo) battle dress uniform, the other is wearing a BDU made of nylon/cotton (NyCo).

After the blowtorches have been turned off, the polyester uniform continues to blaze, whilst the flames on the NyCo uniform smoulder briefly and then go out.

Clear evidence, in other words, that polyester is extremely risky and NyCo is considerably less flammable. Or is it?

In the first part of the video, you’ll see a simulated flash-over and how each dummy continues to burn once the blowtorches have been switched off. The NyCo fabric, marketed as no melt, no drip, burns less.

Generally, when I talk to people about this film, they’ve come away with the impression that the NyCo uniform doesn’t really catch fire at all – in effect, that it has a slightly flame-retardant quality which provides the wearer with a certain amount of protection.

That’s the first part of the message. In the second part, a presenter appears and praises the amazing strength of NyCo fabrics. So people are left believing that NyCo is relatively flame-retardant, doesn’t melt, doesn’t drip, and is amazingly strong.

This begs the question: why on earth are some BDUs still made of polyester/cotton (PolyCo)?

To answer this question, we need to dig a little deeper and look more closely at the aspects which aren’t shown or understood directly.

So let’s look next at the test conditions:

The scene can be compared with a flash-over – the sort of wave of fire and heat that you would get in an explosion.

In our day and age, the predominant risk in war zones is IED (Improvised Explosive Devices).

Explosions caused by these self-made booby traps pose one of the greatest threats to combatants – whether outdoors, or in vehicles or buildings.

In the event of a detonation, there are always flames and heat, either combined or as a “pure” wave of heat. 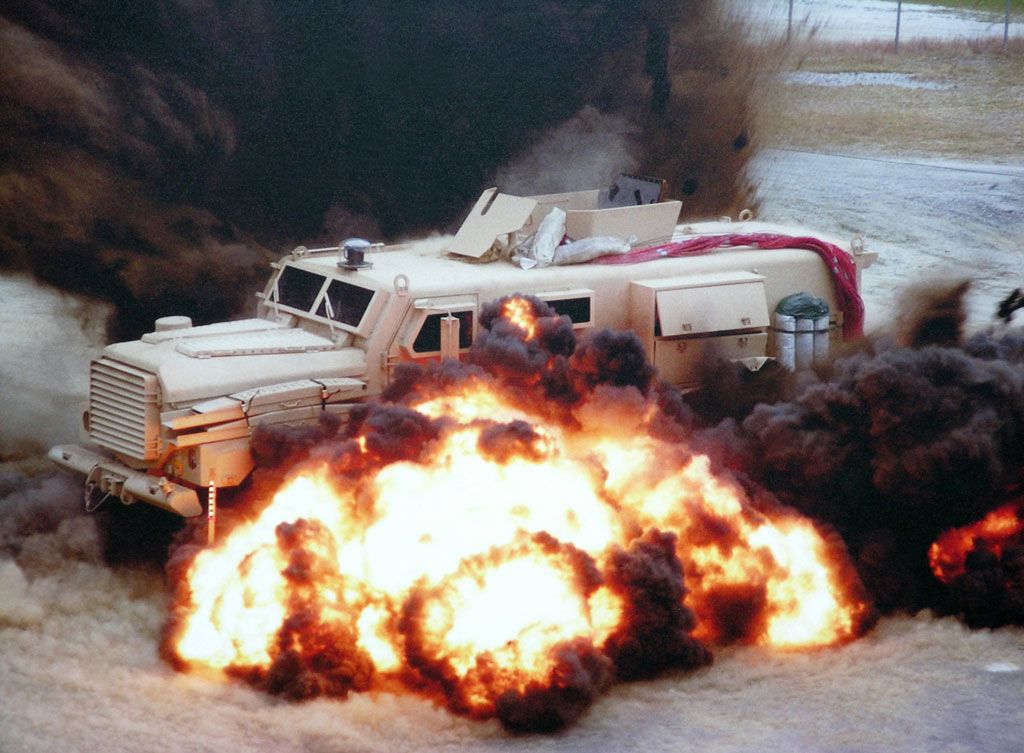 Both can result in injuries of varying degrees, from minor to serious fatal burns.

The point which this video misses is that nobody could survive the simulated inferno shown unless they were wearing full-body protection.

Regarding the brief “smouldering” shown in the video, I’d just like to point out that even though it may lead people to assess the NyCo fabric more positively, nobody could actually survive that sort of inferno – neither in NyCo nor in PolyCo!

Burns would be so severe and the impact of inhaling the hot air so lethal that instant death would be the result.

And where’s the advantage of a No Melt No Drip BDU in that?

THE ORIGINS OF THE DEBATE.

Delving a little deeper, we’ll stumble across a ban on polyester underwear, imposed by the Marine Corps in 2006, for soldiers in war zones.

However, if you continue to read further, you’ll find the controversial position of the US Army, which does not share the negative opinion of the Marine Corps on polyester fabrics quite so vehemently.

This is reflected in the following quote from Stars and Stripes:

“Physicians at the Army Institute of Surgical Research at Brooke Army Medical Center, Fort Sam Houston, Texas, have looked into the issue, and “they have seen no medical evidence that suggests (petroleum-based fibres) melt and cause these kinds of burns.”

Is polyester fabric not so bad after all, then?

...But this is not the only question I ask myself.

WHEN THERE’S REALLY A FIRE ON THE ROOF.

What is the actual point of “No Melt, No Drip”, and how important is it if I’m caught in a tricky situation that involves fire?

It’s important to realize that both polyester and nylon burn, melt and drip if you set them on fire.

If you’ve never had this experience, you might be tempted to set fire to the end of a parachute cord, and then touch one of the very hot drips that form.

But a word of caution: the drip really is very hot, and burns right into your fingers! Days later, you can still feel the pain.

So what was that again? I thought nylon doesn’t melt or drip? Did we understand something wrong?

A CLOSER LOOK AT THE PROCESS OF MELTING.

In actual fact, it’s not the nylon but the cotton which prevents NyCo from melting and dripping.

Or to be more precise: the cotton absorbs the liquids produced by the melting synthetic fibres, regardless of whether these are nylon or polyester.

So you need a natural fibre such as cotton, viscose or even wool to bind the liquids which drip from melting synthetic fibres as they burn.

If you try to think back to the first time you watched the much-quoted video with the comparison, did you notice that the percentage of cotton in the PolyCo BDU was a whole 15% lower than that in the NyCo BDU?

Not very fair, was it?

In other words, the video compares 2 systems, and makes sure that the one that it supposed to come off badly contains a significantly lower percentage of the component which would make it less flammable.

But one that is very popular in marketing if you don’t have evidence to back up certain qualities of your product.

However, I don’t want to accuse the CORDURA® team of that in this case, as the product they are selling really is a good one.

Let’s just say it was a small slip, one that could happen to anyone in the heat of the moment.

Nonetheless, the consequences of this slip are relatively serious, because – I am sure unintentionally – two rather dangerous misunderstandings are thus communicated to the market.

No Melt, No Drip is a feature which is exclusive to CORDURA® nylon.

NOT TRUE. It can be achieved by combining any fibres which melt and drip with a sufficient quantity of natural fibres to absorb the melting material.

No Melt, No Drip has flame-retardant properties.

NOT TRUE. It’s not even “slightly” flame-retardant. It won’t protect against the fatal consequences of flames and/or heat impact on the body.

OK, so now we’ve warmed to our topic, I’d like to add a few comments to the two claims above.

If we really want something which is No Melt, No Drip, we’ve realized that we need to combine synthetic and suitable natural fibres to achieve this effect.

But this doesn’t necessarily mean that the fibres have to be combined in the same garment.

You can achieve the same effect via the layering principle.

How? By wearing a garment made of natural fibres underneath the corresponding synthetic layer.

This actually works, and if you combine garments intelligently, you can not only make the most of the excellent properties of synthetic fibres (good moisture transport, quick drying) but also enhance the functional characteristics of your clothing by choosing a suitable blend of natural fibres.

Please allow me to say a few more words on the subject of flame retardants.

If there is a risk of flame or heat impact, something is either flame-proof – or not flame-proof! You can’t be “half pregnant”. Nor can a fibre be “half flame-proof”.

Secondly, you have to regard flame-retardant clothing in the context of a system.

Starting with the base layer, and moving outwards to the outer garment, every single layer has to meet the respective demands. Each layer should also transport moisture quickly away from the body.

This is very important given that very damp underwear (e.g, made of cotton) acts like a steam boiler. In the event of heat impact, the moisture stored in the underwear can result in severe scalding.

Whenever I am asked for my opinion on the subject of flame protection, I advise anyone who is at risk from flames and heat to weigh up the pros and cons and make their own decision on whether they really want to wear flame-retardant gear.

Or whether they’re prepared to take the risk and opt for the more comfortable and less expensive, non flame-proof option – whether this is NyCo, NyTe, PES/CO or whatever.

And at the risk of repeating myself: when you make this decision, remember that No Melt, No Drip will not reduce the risk!

Naturally, you’re going to have to settle for a compromise when you wear flame-retardant clothing. Thankfully, such garments are no longer as hideously uncomfortable as the classic versions which are based on flame-proof fibres such as Nomex®.

Thanks to new flame-retardant technology – such as pyroshell™ by Schoeller, which we use in our Striker FR system – we have access to truly excellent flame protection, as this technology combines flame protection with heat insulation, without making compromises with regard to wearer comfort or other fabric properties. 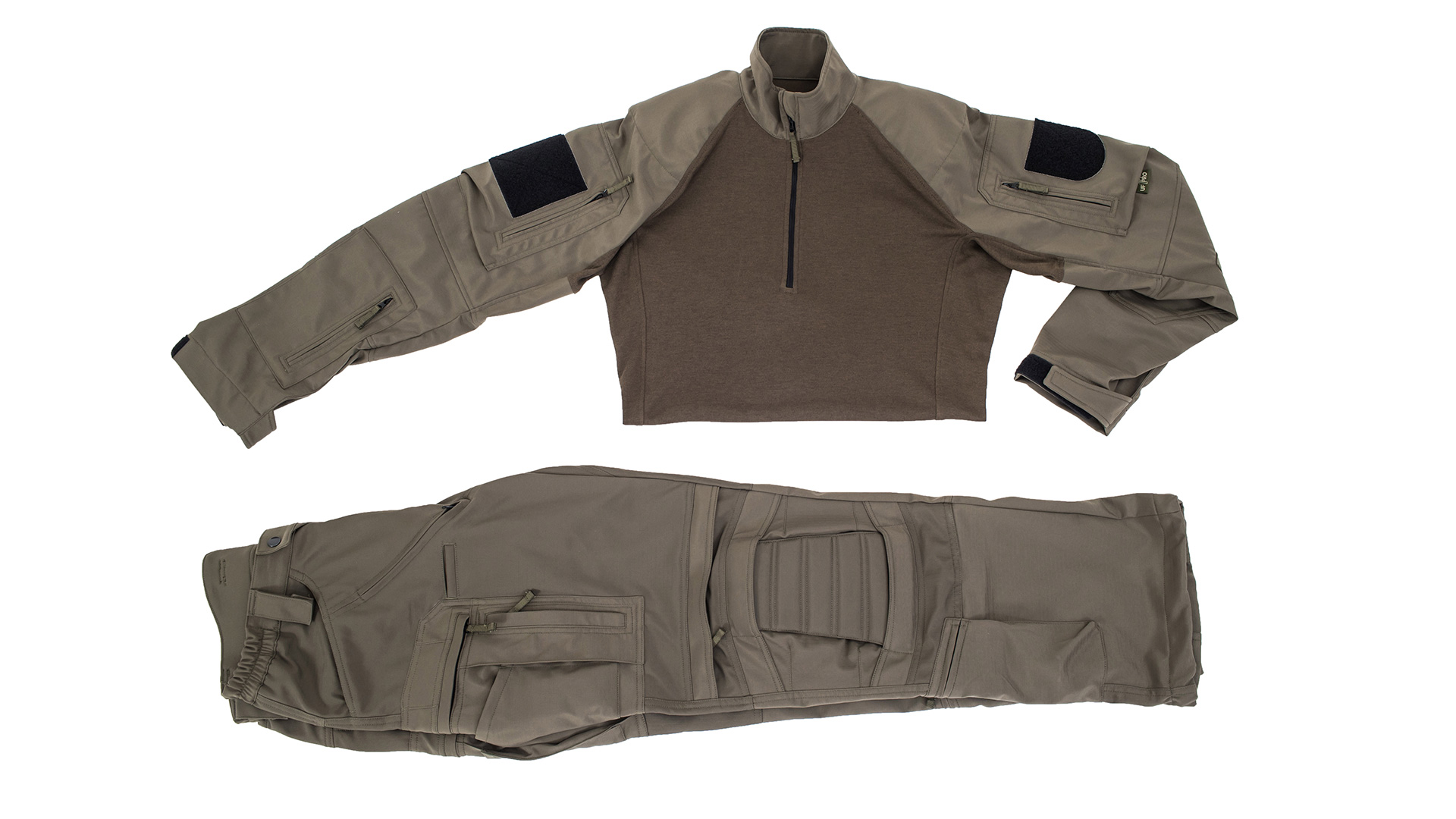 The advantage: unlike classic flame-proof versions, Merino and Merino mix fabrics can be used for underwear.

We tested the Striker FR BDU with a 3-second flash-over on the Thermo-Man, wearing WoolPower 200 underwear, and achieved outstanding results.

However, – and this really is a downer – flame-proof systems are still considerably more expensive than “normal”, non flame-proof versions.

Whatever your decision in the end, I hope my blog has helped to clear up some many misconceptions revolving around “No Melt, No Drip”.

Above all, I hope you do not base any future decisions on the erroneous belief that No Melt, No Drip provides a slimmed-down version of flame protection – a “low-calorie flameproof” choice.

Asked about No Melt, No Drip, a former colleague of mine – a retired lieutenant colonel and long-standing member of the Development Department for a Central European army – responded:

“Well, I guess the corpse might be a bit prettier...” 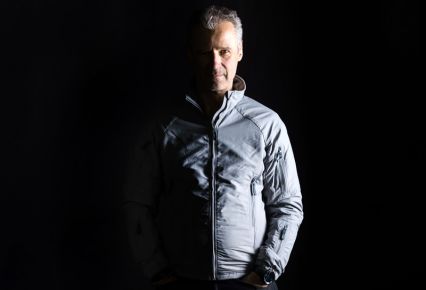 is the mastermind behind all UF PRO products. With over 25 years of experience in the textile industry for law enforcment and military units, and after working for some of the industry’s leading companies like WL Gore, Second Chance and Armour Holdings, Armin finalliy landed, as he describes it, his dream job as head of product development at UF PRO.